The governing body is responsible for all services, programs, and powers granted a municipality and for the performance of all duties and obligations imposed by law (S.C. Code of Laws, Section 5-7-160).​​​ 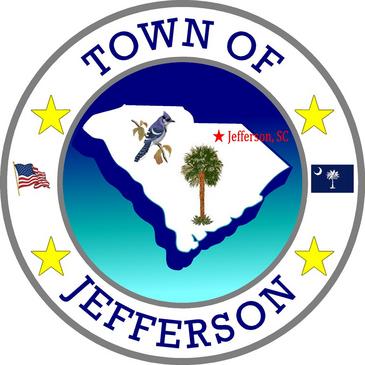 The Town of Jefferson is home to Jefferson Elementary School, as well as New Heights Middle School that is located just outside the town limits on S.C. 151 North.  Central High School in Pageland, serves the Jefferson high school population.

With a population of 753 residents according to the 2010 census, Jefferson is a generally quiet town that provides a great environment for families and children as well as retirees.  The Jefferson Recreation Complex consists of several multi-purpose fields managed by the Jefferson Dixie Youth Committee.  Approximately 360 youth participated in the Dixie Youth programs in 2020.  Those looking for food for the soul will likely find a home at one of Jefferson’s several Protestant churches.

Jefferson shares the western portion of Chesterfield with two other municipalities also located on S.C. 151:  McBee and Pageland.  Jefferson is facing challenges like many small towns in South Carolina and the U.S., and jobs are greatly needed.  In recent years Family Dollar and Dollar General have located in Jefferson.  The town welcomes inquiries from other companies interested in having a presence in this area of Chesterfield County.